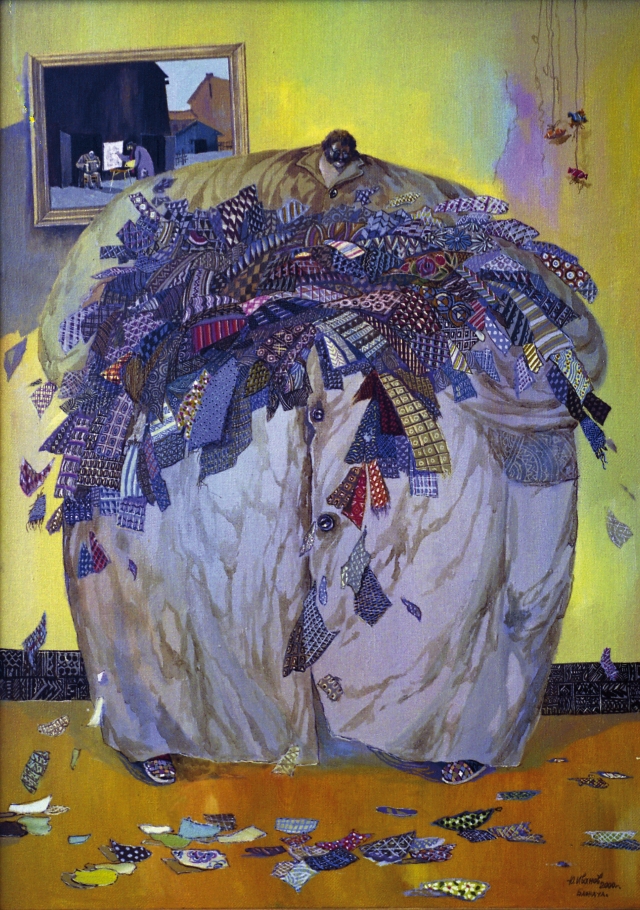 Colonialism has been recognized historically as a tool of domination, typically following the military subjugation of one people by another. It is a process whereby the colonizer (metropole or mother country) invades and then exercises sovereignty over the colony and its indigenous population primarily for economic exploitation. It creates a master-slave relationship between the metropole and the new colony, whereby the vast resources and indigenous population of the colony exist to serve the mother country and the needs of its elites.

We have become increasingly familiar with the dramatic and explosive upheavals rocking Greece during the last year and, more recently, over the past several months.  It should now be obvious to even the most casual observer that something of global significance is happening there.  And while it may not be quite clear just what that is, perhaps we can parse the headlines, and glean its fundamental meaning, not just for Greeks, but for the rest of us as well. What is the endgame in this economic assault, this deconstruction of the Greek people and their nation? Why is Athens burning? As I suggested at the close of last week’s post: it is the crowning development of an imperial design, taking the planet by storm as civilization unleashes its final maddening sprint to the summit before the great unraveling begins.

I want to begin this exploration by focusing on a tangential set of circumstances.  We are probably aware that China, the most recent member of modern capital’s global ascent, holds over $3 trillion in US currency reserves (treasury bonds, etc.) while also continuing to enhance its already bulging position in prime pieces of land/real estate at a feverish clip, both in the USA and around the world. In fact, Chinese investors were poised to become the biggest buyers of US commercial properties in 2011.

But, it is not just buildings they are scooping up, and it is not only China doing the scooping.  Land-grabs by diverse entities are playing out across Africa, South America, Australia, New Zealand, and elsewhere around the globe, as different national and corporate interests spread their nets internationally to capture as much of the available resources (human or natural) as they possibly can.  International hedge fund managers as well are grabbing land in Ethiopia and attracting some big American university players into the fray. 1

Such land-grabs are more and more predominant across the globe today as various hegemonic forces rush to secure access to fossil fuels, rare earth, agricultural lands, and labor pools, corporations look to reduce their cost bases, enhance global influence and market positioning, and investors seek to line their purses on the backs of indigenous populations.

We need not militarily invade countries anymore, but simply buy up their properties, their resources, their arable lands, their ports, and enslave the populations to our imperial designs or the desires of our corporate paymasters.  That is the new face of colonialism.  The lands, along with the people occupying the target locales, simply become a colony of the new hegemonic metropole, whether it is a hierarchy of national or corporate stature.

We see the indigenous reaction here in a recently proposed deal between Bahrain and the government of the Philippines.

The militant peasant group Kilusang Magbubukid ng Pilipinas (KMP) today called on the House of Representatives’ committees on agrarian reform and agriculture to conduct a probe and shoot down a $300-million land lease deal the government entered into with Bahrain… [a] project “to ensure Bahrain’s food security and promote the agribusiness sector.”

“It is totally revolting that our lands are being devoted for the food security needs of other nations while the Filipino farmers suffer increasing landlessness, hunger, and poverty,” says Ramos, KMPs secretary general. 2

A similar scenario is being played out with respect to a number of large dairy farms in New Zealand in a deal with China that was recently overturned by the local courts in NZ.  And dairy farming is the lifeblood of New Zealand.  Again, this is the new face of colonialism driven by capital rich countries and huge multinational corporations impoverishing and enslaving foreign populations.

In yet another instance, even the myopic US Secretary of State selectively noted the issue in a recent trip to Africa.

Clinton…urged scrutiny of China’s large investments and business interests in Africa so that the African people are not taken advantage of… “We saw that during colonial times, it is easy to come in, take out natural resources, pay off leaders and leave,” Clinton said Saturday in the Zambian capital of Lusaka before flying to Tanzania. “And when you leave, you don’t leave much behind for the people who are there. We don’t want to see a new colonialism in Africa.”

Although she didn’t mention China by name, officials traveling with Clinton said she wanted to stress that African countries should hold Chinese investors to the same standards that they apply to Americans and Europeans. 3

Perhaps Secretary Clinton is conveniently overlooking our own, as well as Europe’s, exploitive imperialist practices. Look, for example, at Apple Computer and its wholesale extraction of rare earth minerals from the Democratic Republic of Congo under conditions that rival any earlier forms of colonial exploitation. Alternatively, consider the company’s colonization of Chinese labor forces in producing electronic toys for our spoiled metropole consumer marketplace. As Robert Scheer points out in TruthDig this week:

[Just look at] the massive Foxconn and other plants in China where robotic work is performed by humans under conditions that even Apple has conceded in an internal audit are unacceptable under modern industrial standards. 4

Besides, such abusive colonizing practices have been standard operating procedure for the Euro-American International Monetary Fund and its Structural Adjustment Program (SAP) for years, impoverishing and enslaving populations across sub-Saharan Africa. The IMF typically requires that the “underdeveloped” or borrower country lay down, open its kimono, and allow foreign corporations or multinationals to enter and do what they will; that is, of course, if the government of the target country wants to get its hands on IMF cash. It is a nice quid pro quo, if you will – all part of the package for economic globalization and the new colonialism. Here the IMF acts as controlling metropole of the economic policies of those countries that partake of its debt facilities.

More often then not, where SAP is implemented, agribusiness or other multinationals move in and, without any real oversight or regulation, eviscerate local economies, close down smaller indigenous operations, set up sweat-shops, and displace villagers, confiscating natural wealth, planting miles of exportable crops, or building “cities of pigs that stretch around the world.”  This is colonialism plain and simple folks; all achieved with the stroke of a pen, and not a single shot fired.

Why is the Greek government pushing so hard, and why are the IMF bankers so interested in forcing an already desperate situation?  At least one analyst has a reasonable answer.  Privatization of national assets, and their sale to the highest bidder. 5

This viewpoint suggests that if the bankers can force so much chaos on the Greek government as well as increase its dependency upon the Europeans, Greece will have little option but to sell off everything in the country to pay down its debt: airports, seaports, water and sewer systems, the islands, you name it.  In fact, since mid 2011 that is precisely what has been stewing there.

The whole country essentially becomes a grab bag, with other nations and international corporations poised to move in and take possession.  Effectively Greece could be broken up into its component parts, owned by different countries or corporate oligarchs. In effect, parts of Greece would become economic colonies of foreign nations or international corporate interests. This is a dimension of the new colonialism. As Michael Hudson summarizes in The Real News, “Finance today achieves what military invasions did in times past” – annexing the resources of foreign lands.

And in Greece’s case, there is little left to do but start selling off assets in order to meet the conditions of a new IMF loan program.  So basically we have a financial invasion and takeover of a sovereign nation, rather than a military invasion.  The net result is the same.  The native population becomes subject to and subjects of the imperial designs of the purchaser, whether that is another country or one of the international conglomerates, or perhaps a series of financial overseers.

Even Robert Scheer’s very perceptive criticism of Apple’s China operation misses the central point. It is not that Apple cares less about human rights and is adopting a faulty business model.  Apple is doing exactly what the new colonialism demands – the non-military take-over of an otherwise peasant population.  It is, as Scheer points out so clearly, a takeover where the “fate of the citizen would come to be determined by an alliance between huge multinational corporations and government elites.”

As he rightly concludes:

If the habits required of Apple’s workforce in China are to be emulated, the U.S. military, or perhaps our outsized prison system, should become the essential schooling system for American workers to better compete with the properly disciplined assemblers of iPhones in China.

What better summary could we provide of this new colonialism spreading across the globe like wildfire?  But, more to the point my fellow voyagers, upon a little reflection  we might recognize that we are already colonized – voyeuristic prisoners in a network of interlocking hierarchical systems of economic and existential slavery, serving our paymasters for a brief tour in their house of prostitution.  Perhaps to put a finer point on it, we could even understand the processes of domestication (plant, animal and human) at the beginnings of civilization as the initial volley in a game of global colonization that is only now reaching its full and final conclusion.

58 Responses to The New Colonialism