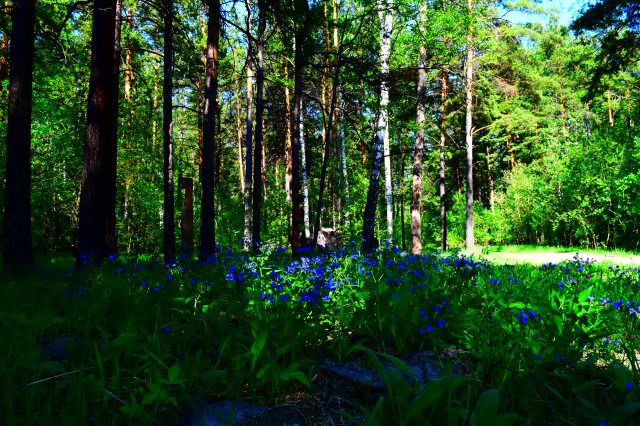 We live now in a world of unnatural wonders: virtual communities, corporate personhood, iPads, ‘bluetooth’ ears, selfies, 24/7 i-spy eavesdropping, instant global communication; all the accoutrements to give bureaucrats, emperors, and dime-a-dance dictators a complete set of controls over their subjects, as paid for by monied-oligarchs and enforced by their military police. How did we ever get here? Well, perhaps the more relevant question is how the heck do we get outta’ this place?

Last week I suggested that primal kinship relations and egalitarian sharing militated against the emergence of formal hierarchy in both Paleolithic clans and perhaps even in the earliest Neolithic villages. This condition ended rather abruptly however with the emergence of large-scale agriculture, and the concomitant need for the forced organization of labor and the protection of excess food stuffs. Here was the birth of the city and the State. Concomitantly, citizenship was born — torn, as it was, from the breakup of the pre-civilized clans. As Bram writes:

[In a ‘post-kinship’ era] the nuclear family by itself cannot resist the impingements of modern political and economic institutions: the father, mother, and their children must be surrounded by some intermediate, protective body of persons in order to be safe from unacceptable levels of control. In fact, those modern political and economic institutions could not have been created in the first place unless the original protective body of persons, the clan, was broken into its constituent and susceptible parts, its nuclear families. The first emergence of civilization in the Middle East, and all subsequent civilized nations, were constructed on the break-up of their pre-urban clans. (Recovery of the West, 2002)

It could be that the only way out of our current predicament would be through de-citification, deconstruction of the clan-destroying hierarchy, and reconstitution of the egalitarian tribe. That, at minimum, seems to be a foundational step. But the ground needs to be prepared for such a momentous undertaking. And, perhaps remnants of some well-worn Siberian (Russian) lifeways can point us in the right direction.

There is an almost sacred tradition among older generations of Russians in Siberia to keep a small dacha in forested, semi-cloistered ‘communities’ where (at least in summer) people remain close to the land, practicing horticulture (not agriculture), fishing in nearby rivers or streams, hunting mushrooms and berries in the forest, and easily sharing the bounty of their small efforts with neighbors.These communities no doubt demonstrate elements of more modern management practice — an elected leader of the community, and perhaps a bookkeeper to keep track of charges against electrical usage, etc. But group decision-making seems to be the norm annually, with active discussion of issues even on a daily basis if issues arise. Community members live in relatively the same conditions, although some dachas are better than others according to their owners means. Yet, the more debilitating signs or attitudes of status are generally lacking. The bonds in such communities are generally from developing affine relations, with consanguine (blood) relations also present.

Unfortunately, it is highly unlikely that our modern Western citizens could stand to function autonomously in such manner, without some prior decoupling from the hierarchic bureaucracies that bind us, and releasement from the capital-accumulation mentality that controls us. It would be my guess that such transition will require a precipitating event of minor apocalyptic proportions, an event that, of itself, will demand a new (or rather old) way of thinking and being. It will require being-with one another in ways we have more recently forgotten as we continue to weave this web of virtual relationships and selfie-driven discourses. Sharing on Facebook is NOT sharing. One should not be confused about this. However, at least the language of FB reminds us, if only in vitro, that sharing remains a basic mode of building bridges and creating affine relations among equals.

Will it be war or a nuclear catastrophe, lack of water, oil, food or fresh air? What will be the catalyst, the trigger that sends us back to meditate upon our predicament, reconsider our cultural trajectory and our options? When Jean Jacques Rousseau complained about the dangers of capital accumulation and the Origins of Private Property centuries ago, our forebears should have listened more intently to his plea.

The first man who, having fenced in a piece of land, said “This is mine,” and found people naïve enough to believe him, that man was the true founder of civil society. From how many crimes, wars, and murders, from how many horrors and misfortunes might not any one have saved mankind, by pulling up the stakes, or filling up the ditch, and crying to his fellows: “Beware of listening to this impostor; you are undone if you once forget that the fruits of the earth belong to us all, and the earth itself to nobody.”

And so, my friends, we are left to contemplate our current state and our future direction. No decision in this regard will be an easy one, but circumstances now spinning beyond our control may force the issue upon us more or less quickly. We are faced with a huge dilemma with at least three prongs: 1) we are fully accustom to life in this world made-by-machine; 2) resources to keep up this show are quickly evaporating; 3) those in charge of the show will do whatever is necessary to keep it going. They will even kill those who try to get in their way. And they are killing more and more of us everyday. They will use false flags, domestic espionage, propaganda, obfuscation, character assassination — absolutely nothing is ‘off the table.’ Good day, and good luck!

34 Responses to Recollection, Releasement, and Reconstitution