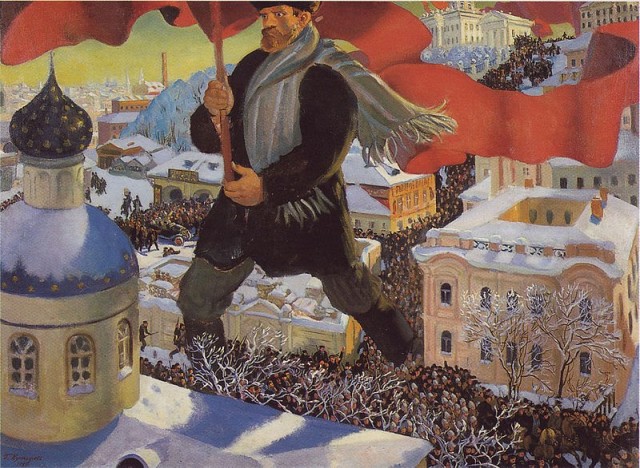 What began rather innocently as a Pleistocene journey, a nomadic wandering-about, has become a Holocene nightmare, a spectacle; while we, like frozen spectators, gawk the images of a passing menagerie.

The first man who put a fence around a piece of land and said: ‘this is mine’ and then found simpletons who believed him; he was the true founder of bourgeois society. How many vices, how many wars, how much murder, misery and grief the person might have prevented who would have torn down the fence-posts, filled in the ditches, and cried out to his fellow men: ‘Do not believe this trickster! You are lost if you forget that the fruits belong to you all, the soil to no one’.

More than two hundred and fifty years later, with wholesale State and corporate-sponsored looting of the global environment well underway, international resource wars, and the concomitant destruction wrought upon the Earth’s ecosystems by the inexorable acquisitiveness of industrial civilization, some have considered it more appropriate to rename this latest phase in the current epoch – the Anthropocene.  Perhaps they have a point.

Well my friends, it is now official – accomplished stealthily and with no fanfare, but official nevertheless. While this international “war of all against all” for the appropriation of vital resources has heated up of late, perhaps more quickly than anticipated, the battle to secure “home field advantage” now begins in earnest by the rulers of empire.

By now, we are all familiar with the land grabs occurring daily, with various global players poking their way through the wreckage of assorted nation-states, and across diverse indigenous populations (whether the Huichol in Mexico, native Equadorans in Amazon, or the Dongria Kondhs in India), making out with whatever resources can be secured or unearthed by whatever means necessary.  However, a new front has just opened-up in the pursuit of resource acquisition, imperial dominion, and “national security” — circling the wagons right here in the homeland.

The “inverted totalitarianism” that has been hiding carelessly beneath our domestic charade of democracy – a tyrannical posture that Chris Hedges has described in detail over the past few months – is making a visible turn toward more familiarly oppressive policies, with strong-armed tactics likely to follow suit.  And, maniacal control of critical resources is at its core.

We have witnessed several domestic administrative and legislative moves of late that seek to broaden control of life here in the homeland.  On the heels of the National Defense Authorization Act, we had the push for passage of SOPA and PIPA (the twin Internet censorship bills), not to mention the current regime’s war on whistle-blowers through frequent application of the Espionage Act of 1917.   Now we find our Chief Terror Control Officer, Obama-bin-Lying, moving quickly and quietly to take complete and uncontested federal control of all resources here in the homeland – natural, manmade, and human.

POTUS has accomplished this feat without so much as a discussion. With a wink and a nod, he simply issued an Executive Order on National Defense Resources Preparedness, signed just earlier this week. Briefly, the EO states that the President and his designated Secretaries have authority to commandeer all domestic resources including energy, food, water, production, and transportation “regardless of ownership.”  So much for your cherished concept (illusion) of private property, huh?

Additionally, this Executive Order references an obligation on the part of all Americans to fulfill labor requirements for the purpose of national defense; evidently, citizens as well are considered resources to be secured by the State.  Further, the Order is enforceable not only in times of war or national emergency, but in peacetime as well, as the President or his appropriate Secretaries shall determine.  The order opens:

Of course, if we are engaged in a never-ending War on Terror (a de facto and not-so-clandestine war for resources), then conditions are always present and ripe for demanding, indeed, forcing implementation of such policies upon a naive and unsuspecting populace. We can see, furthermore, how the role of Homeland Security will expand substantially under the terms of this new Order.  Homeland Security (viz., domestic federal policing and internal defense) is now a cornerstone of American executive policy and decision-making.

The authority of the President under section 710(e) of the Act, 50 U.S.C. App. 2160(e), to determine periods of national defense emergency is delegated to the Secretary of Homeland Security. (Sec. 501.  National Defense Executive Reserve)

Mind you, Obama signed this Order as Commander in Chief of the Armed Forces, in full view of the new NDAA allowing, among other things, for the use of those armed forces on homeland soil as well as the indefinite detention of suspicious US citizens in military prisons without due process. In many respects, the NDAA itself was eerily reminiscent of the powers granted to the old Soviet Cheka (Extraordinary Commission), established by Lenin in 1917 to suppress internal threats to the new Bolshevik regime. So, the question now is: what are they preparing us for here in the homeland, folks? Are ‘labor camps’ perhaps in the offing, like the trudarmee or ‘slave labor camps’ associated with Stalin’s gulags?  It is a fair question in view of recent legislative actions and executive decisions of the US administration.

Of course, we cannot blame the State, or Premier Obama for that matter.  And besides, it is not much different than a similar order signed by Billy Clinton back in the mid-90’s. After all, it is in the nature of the State to secure its own interests first (the institutions of government and its power brokers), not those of its citizens. This new Executive Order makes that perfectly clear.  All resources in the country, including human, are fair game in light of the needs of the State and its national defense or security interests.  As our mentor, Nietzsche, reminds us in Zarathustra, On the New Idol:

…State is the name of the coldest of all cold monsters. Coldly it tells lies too; and this lie crawls out of its mouth: “I, the state, am the people.” That is a lie!

Aside from the frightfulness of presumed tyranny in the land of lady liberty, we must not lose sight of what is presupposed here, the real import of this decree.  The American ruling elite are now implicitly acknowledging (and acting upon) their belief that we may be nearing a penultimate phase in the breakdown or dissolution of civil society, whereby, the dwindling availability of global resources will lead to greater hardship domestically, increasing international as well as internal (domestic) competition and strife, and perhaps anarchy in the streets of our cities.  Our Big Man now wants to insure that he (or at least his office) controls all the assets, resources, and tools of empire.  Given additional concerns arising from home foreclosures, an exorbitant national debt, dizzying jobless rates, and movements like OWS, he no doubt wants the ability to enforce marshal law when required in a land that looks increasingly to be heading towards potential chaos – rationally allocating resources to protect the essential institutions of State and those elements of the population deemed most desirable or critical to its continued functioning.  A mass die-off might also be expected.

But what could possibly have provoked such a decision, such a power-grab in the land of liberty, property, and equal opportunity? A decision like this arises naturally out of a worldview that sees everything as an object for consumption, manipulation, domination, or control. It proceeds from a worldview that worships at the altar of individualism, relishing competition and acquisitiveness; after all, “he who dies with the most toys wins.” It emerges from a worldview that operates by cobbling together social obligations, responsibilities, and rights as a matter of abstract legal construction – a.k.a. with the forced anonymity of “blind justice.”  It comes from a worldview that sees a map of the globe as a homing device for targeting its next conquest.  And just as the State grants rights through the institution of legal constructs, so the State may choose to do otherwise.  Should we be surprised by this?

Perhaps Obama’s decree serves to remind us of the muted import of Rousseau’s words centuries ago; about the perversity and precariousness of private property, based as it is upon a gross misunderstanding and consequently, a rather modern arrangement (legal contract) among persons who long ago forgot how to gift, how to share, or how to trust one another.  Certainly among pre-conquest hunter-gatherer-gardeners there would be no more thought of owning land or hoarding excess than there would be of confiscating the personal tools required by a fellow clansman for his (or her) own survival.

Welcome to the State, my friends!

54 Responses to Enjoining the Final Battle