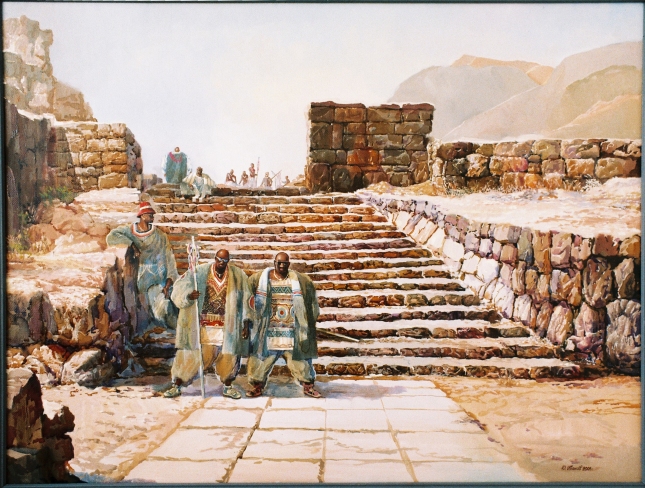 THIS SITE IS CLOSED!

In his most recent post, Chris Hedges has notified us that he is “suing Barack Obama” for signing into law the new (and controversial) National Defense Authorization Act.  The law, as written and interpreted, allows for military occupation/intervention on homeland soil, and for indeterminate military detention of American citizens suspected of terrorist associations or intentions.  As he says, “a catastrophic blow to civil liberties.”

Meanwhile the OWS movement has taken its rallying cry to Washington D.C. and the steps of the Capitol in a protest against Congressional activity (or inactivity). Similar actions suggest other strongly parsed legalistic and legislative approaches to confronting the increasingly global designs of an ever-expanding corporate State hegemony.

All the while, our federal government, in concert with international corporate elites, is looking to gain legislative control over, and implement censorship of, the Internet.  The SOPA and PIPA Acts, ostensibly aimed at curtailing the pirating of intellectual property, look to extend the erosion of our purported constitutional right of free speech and access to information and products in our new, virtual society.  As of this writing, the would-be second-term president has withdrawn his support for the SOPA bill (I wonder why).  Yet, it is ironic that the feds are calling for such a far-reaching law, when just today they acted to close down one of these purported perps without such legislation.  Is someone not telling us the truth?

Just like our WAR on drugs and our WAR on terror, we are building-up the WAR on intellectual piracy.  These are all un-winnable wars.  Why?  Because there is no enemy that can be safely targeted.  No matter what you do, there will always be collateral damage, civilian casualties, false arrests and witch hunts.  In fact, this raises the issue as to whether these “wars” really serve a different function in our political economy. Perhaps their real aim is controlling the body-politic by generating fear, while protecting the corporate profits of those multi-nationals who engineer the economic system.  SOPA itself is worded so that it will go after the online sale of “unauthorized” versions of popular or expensive medications globally as well.  I mean, just look at who is endorsing this bill: lobbyists representing the Motion Picture Association of America, pharmaceuticals makers, media firms and the U.S. Chamber of Commerce.  Some of the biggest thieves in the world.  But the “wars” continue, intended to convince us to abandon more and more of our rights, and flee into the waiting arms of the monsters controlling the narrative and the marketing promotions.

The big question here is the rule of law” [(boy, have we heard a lot about that lately)].  [He continues,] “The Internet is very young; it has grown up with a certain ethos that literally anything goes. But you cannot have something that is the pillar of 21st [century] society being just rampant with lawlessness.

Lawlessness?  What is he pushing for?  And what else would a lawyer strive for if not the need for more laws, more legislation, more ways for him to make money?  Lest we forget, we are a nation of laws… not a nation of people.  And the ‘body-politic’, like the ‘person’ or the ‘corporation’ is only a legal fiction, not real flesh and blood human beings.

So what would be the downside of such new Internet legislation? As one journalist for the Huffington Post has suggested,

SOPA would give both the government and major corporations the power to shut down entire websites accused of copyright infringement with neither a trial nor a traditional court hearing.

Gee, this sounds a lot like the broad authority provided the State and the military by the new NDAA law just referenced above.  It sure is curious how the rule of law continues to be an emblematic reflection of the problematic nature of civil society while compounding our apparent subjugation.  It continues to restrict rather than expand our freedoms.

And while our legislator-in-chief has temporarily kaboshed the pending Internet censorship act, this still could be a slippery slope, my dear readers. Just imagine if some unscrupulous bureaucrat, like our friend Cass Sunstein (Obama’s director at the Office of Information and Regulatory Affairs), decided this was a great way to scope out and muzzle those conspiracy theorists he has been so worried about, or perhaps identify potential domestic ‘terrorists’ (i.e., anyone who speaks out against the officially sanctioned narrative of the State).  Indeed, Cass could just sit there in his underground bunker eating fruit-loops from a box in his underwear while monitoring sites he deemed troublesome, and turn the perps over to the military for indefinite detention and extraordinary rendition.  How convenient would that be!

I realize that I am sounding more and more like a CT myself, but these are potential outcomes of the relentless drumbeat about the rule of law and the protection of the corporate State against the rights of the body politic.  Even Hedges suspects that the NDAA law is intended to quash domestic dissent.  He writes:

But I suspect the real purpose of this bill is to thwart internal, domestic movements that threaten the corporate state. The definition of a terrorist is already so amorphous under the Patriot Act that there are probably a few million Americans who qualify to be investigated if not locked up.

And why not view the SOPA bill in the same light.  Insofar as the Internet enables such dissent, it is without question that State apparatchiks would try almost any means necessary  to get control of it. It is censorship overreach, plain and simple; not unlike the type of censorship that was earlier exposed by the Wikileaks phenomena and the subsequent incarceration and rendition of Pvt. Bradley Manning.  This is why there has been such a viral and virulent outcry against censorship this past week.

I am telling you folks, this narrative concerning the rule of law is fundamental to legitimizing the hegemony, extending corporate control over the unwashed masses, curtailing dissent by the body-politic, and continuing to maintain the socio-economic status quo. Why does it continuously appear that application of the law pertains almost exclusively to the body, and almost never to the wealthy or powerful head(s) of State?

If we have not already recognized the fact, let us make it perfectly clear: the only thing that speaks freely in America and with global capitalism is MONEY!  Our Capitol runs on – and runs at the request of – capital!

Yet, doing away with money is not a solution to our problem, although it may be a symptom of our disease.  The dollar or euro, or any other currency, is only a cipher, a symbol of a more fundamental infection – the coercive effects of power born of hierarchy.  The real problem lies there.  How do you undo a six-millennia-long narrative of political and economic power relations based upon the continued expansion of hierarchy?

Defenders of the system (even those who see it as currently errant) will argue that the problem stems from a loss of respect for this “rule of law” and that such respect needs to be re-embedded in a culture that has simply lost its way in the forest for the trees.  Yet, I contend that the rule of law is as much a part of the problem as is money; nay, it is a much larger part of the problem. The rule of law is rule by the power elite, and it is born from hierarchical relations and the necessity of enforcing control downwards: from superior to subordinate, from king to subject, from legislator to citizen, from rule-maker to rule-follower.  And, as we have seen, those with the money have the power to make the laws.  Power – Money – Law is a troika, indicative of the modern State resting upon hierarchy.

Dissent is increasingly equated in this country with treason. Enemies supposedly lurk in every organization that does not chant the patriotic mantras provided to it by the state.

We are institutionally constrained to believing in and regurgitating just one narrative – the official narrative of the State, enforced through the rule of law.

So then, how does one effectively fight this goliath?  How does one engage this ‘coldest of cold monsters’?  It seems as though lawsuits, rallies, occupations, petitioning the monster – these efforts only serve to feed its institutional superego and its assumption of power. Have we learned nothing from history?  Fighting against the machine with machine-tools is like tilting at windmills.  And certainly violent insurrection is not a viable option either; after all, the State has many more ways, and more effective means, of dealing death then any segment of the body-politic does.  Besides, insurrection only succeeds in replacing one regime with another (Libya, Egypt, etc).  It seems as though there is only one real option remaining: withdraw as much as is feasible from the instrumentalities of the State and allow it to explode of its own compulsive force, or implode from its own unmanageable and unsustainable weight.

Of course, there are those who still believe the fairytale of infinite progress – another element of the accepted narrative; that if we only allow the unabated march of technology we can reap untold benefits for the planet and the entire human race. Again, have we not seen the historical record?  Technology succeeds first and foremost in sterilizing the planet, in the ongoing abuse and depletion of ‘resources’, in the enhancement and consolidation of imperial power, and in our further enslavement through increasing alienation.

Censorship – now out of the closet – has become the preferred tool of our corporate State, my friends. Such bold outing was necessitated by the unforeseen consequences of one technology in particular — the Internet.  But, censorship has always been with us, a key ingredient of social control, even in America. Censorship is the hidden underbelly (the ugly sister) of marketing promotion or propaganda.  First create an historical narrative complete in every respect (Manifest Destiny, American Dream, Infinite Progress, Always Buy American, America-Love It or Leave It, Red Scare, Nuclear Holocaust, Axis of Evil, War on Terror, Patriot Act, Homeland Security); then make it unassailable through relentless indoctrination and promotion; finally make adherence to it enforceable by the rule of law.  Any attempt to circumvent the story, in any way – politically, socially, or economically – is met with swift justice.  Try to access information not approved by the State, buy products not supplied by the corporate elite, use non-approved (non-GMO) seeds on your farm, voice opinions contrary to the official narrative, and you will be persecuted, silenced or prosecuted… to the fullest extent of the law.  This is your life, people.  This is censorship! Get used to it!