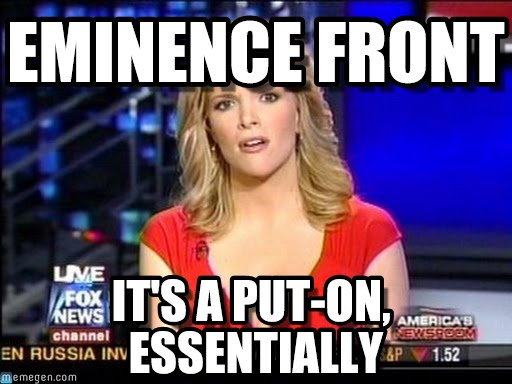 Peter Townshend – The Who

Everybody knows the best lies incorporate an element of the truth, there are however, all kinds of lies. Half-truths, subterfuge, misdirection, flim-flam, propaganda, not to forget Madison Avenue and the old razzle-dazzle. Of course, Americans love the carnival barker pitch, the soft-soap, the softball, just as long as what is being pitched agrees with their existing predilections, prejudices, and desires. Such is the case with capitalism, this system of ruthlessly exploiting the poor working class, all while selling this barbarism as the veritable salvation of mankind. Never mind that 5 men (as reported recently by OXFAM) own more wealth than half of mankind, it is justified by how hard they work and the good that this obscene inequity brings to all the world. Here at home it is said that wealth inequality sees the greatest extreme since before the Great Depression, but it is said to be a question of more training, and a need for greater flexibility on the part of the working class. The “gig” economy as it is called is hailed as the answer for the down-trodden, Uber, contract labor, it is sold as allowing a person to work at their leisure, so to speak.

Let us look at the real picture of American capitalism, people working 2 part-time jobs for close to $7.25 an hour while a scuzzy apartment in a ghetto block infested by crack dealers goes for $600, $800, $1,000 a month depending on the locale. You do the math, add in the cost of a vehicle, insurance, clothing, food, utilities, not a pretty picture. If you want to take a chance drive in your Lexus, Range Rover, or BMW down through these hell-holes, preferably late at night, see what the cop cars see. But then, even were this little missive receiving wide distribution I doubt if very many readers will even do this in broad daylight. But then I have a better suggestion for the faint of heart, drive out to the wealthy gated communities around your town, they’re there, go without invitation, for no reason, see how far you get. You know these communities, they are where the doctors, lawyers, oil executives, insurance executives, people of means live in huge empty houses, but they deserve it, don’t they? They have never hurt anybody, what they do is for the good of society, pillars of the community. Think of their catered parties the next time you hear an ad on the radio asking for money to solve the problem of hunger in America. This phenomenon of the very rich and the very poor is not confined to these shores, oh no, this is a worldwide condition, matter of fact, every person in the Western hemisphere is in the top 25 % of the food chain. We must remember when we hear about poor Americans, poor Mexicans, etc. we are relatively well off compared to the people of Africa, India, and parts of China.

Truth is, Americans want to believe the big lie, it’s easier. Believe the big lie you feel justified buying your $700 I-phone, who cares if the poor Chinese worker in the high tech sweat shop despaired of his or her life to the point of jumping off the roof?

The Wicked Witch, The Milquetoast, and The Madman

The preceding rant was merely window dressing, setting the stage to discuss the current state of politics in the good old USA, which, if not so tragic would be comical.

The Democratic party put up the most cynical and corrupt candidate one could imagine, and sold her as the salvation of whatever interest group you could think of, leaving aside the baskets and baskets of deplorables.  Forgotten was the fact that it was HRC’s husband who signed the Republican sponsored bill legalizing derivative trading, and finalizing the implementation of NAFTA. There is no point detailing the damage done to Mexican farmers and American workers from this agreement, either one understands the game of playing the workers of countries off against each other, or one doesn’t; the IWW understood it 100 years ago.

Up against her highness was the “Socialist” Dear old Uncle Bernie, who never once questioned her complicity in war, coups, and the overthrowing of governments. A little-known fact of all the color-coded revolutions and “reform” movements dotted around the globe during the last decade or so is that before these outbreaks erupted NGO’s such as the NED were busy funding opposition groups who were supposedly sympathetic to the views of the USA. Neither did we hear from either Democratic candidate any suggestion of outlawing futures trading, or of declaring certain industries non-profit by law, oh no, wouldn’t please the Goldman-Sachs crew too awful much. What we had from the Democratic side was collusion to defeat even a mildly socialistic candidate, who will now thunder and roar at the Trumpster about how horrible he is, when he hadn’t the guts to say what needed to be said when he had the spotlight.

So now carrot top is in the Oval Office, meet the new boss, same as the old boss.

The bit players in this Kabuki hardly deserve mention, too unwilling to bend their views and opinions to gain the support of the very working class they purport to care about.

No, we will go on as always, bombing, subverting, lying, cheating, and stealing. Our big cities will get uglier, more sirens will sound, guns will go off, things will not get better, they are not supposed to, it’s capitalism and people will ignore it. We will keep our mouths shut for fear of losing our jobs, displeasing our social set, but we will not be honest about it. The political parties will toss out red meat to the crowds, trans this, phobic that, a job to be done, it’s time to move forward, it’s gonna be great, fantastic, fabulous. So…………….

“Come on join the party
Dress to kill
Dress yourself to kill.”